Base erosion and profit shifting is a hot topic in economic  policy circles.  Our resident expert on retail tax matters (and unrepentant punster) Audrey Diamant, PWC Partner, Tax Services, prepared a concise analysis of how countries are a adapting their value added rules to meet the concerns raised by BEPS.  It was recently printed in Canadian Tax Highlights and we are pleased to share it with the  ITAC community. 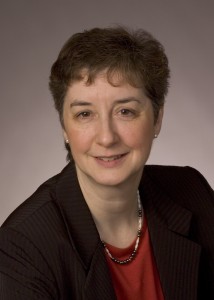 Many believe that BEPS, the acronym du jour standing for Base Erosion and Profit Shifting, is a tax game changer. Although BEPS’ primary focus is on corporate tax at the international level, indirect tax issues in the context of the digital economy are also on the agenda.
How to adapt existing VAT rules to the changing digital economy has been a hot topic since at least 1997, when the Organization for Economic Cooperation and Development (“the OECD”) organized one of the first international conferences on e-commerce issues in Turku Finland. In 1998, the OECD and the Government of Canada jointly organized a Ministerial Conference on Electronic Commerce that endorsed the fundamental principles governing e-commerce taxation that stand to this day: (i) Neutrality – the rules should be neutral as they apply to electronic and conventional commerce (ii) Efficiency – the taxation rules should appropriately minimize compliance costs on the part of government and taxpayers (iii) Certainty and Simplicity – the rules should be sufficiently clear and simple to allow taxpayers to anticipate the consequences of the actions they take (iv) Effectiveness and Fairness – the rules should produce the right amount of tax at the right time, with any measures to counter evasion proportionate to the potential leakage and (v) Flexibility – the rules should be established in a manner that allows them to keep pace with technological and commercial advances.
In the intervening years, the OECD established a framework for the taxation of e-commerce, formed working groups to study key aspects, and issued comprehensive reports summarizing their conclusions and analyses of continuing issues. A number of jurisdictions, such as the EU and South Africa, have taken their own steps in managing their VAT base by broadening the mandatory registration rules to encompass certain non-resident e-commerce suppliers.
Finally, with growing governmental and public concern over BEPS, in July of 2013, the OECD released its Action Plan on BEPS (“the Action Plan”) with the objective of identifying the steps, resources, methods and timelines necessary to deal with BEPS issues. The Action Plan identified 15 actions, to be rolled out over a two year period, the first of which dealt with the tax challenges of the digital economy, including “how to ensure the effective collection of VAT/GST with respect to the cross-border supply of digital goods and services.” The Action Plan was followed by the release, in March 2014, of the OECD’s Discussion Draft on the Tax Challenges of the Economy (“the Draft”). The Draft acknowledges that BEPS can arise in a VAT context in a number of ways however, the main VAT challenges relate to the importation of low-value goods resulting from online sales, as well as B2C transactions involving remotely-supplied digital services by non-registered vendors.

A number of jurisdictions, including Canada, allow certain low value shipments to be imported without the payment of VAT in an attempt to balance the minimal revenue that would otherwise be generated with the additional administrative compliance associated with the collection of tax. However, as the digital economy grows and such imports increase, the question is whether the finely tuned balance is shifting, with non-resident vendors enjoying a competitive advantage over their domestic brethren. As a defensive mechanism the OECD is considering options such as increasing the low value threshold, or dispensing entirely with the ‘exemption’ and requiring non-resident vendors of low value shipments to collect and remit the VAT applicable in the import jurisdiction.

With respect to B2C services delivered remotely, relying on consumers to self-assess the applicable VAT is admittedly unsatisfactory. At the same time, the OECD acknowledges that jurisdictions that currently require such non-resident vendors to become VAT-registered in their territory have seen some level of success. Therefore, in arriving at its list of options the OECD will have to consider whether the potential for VAT leakage is sufficiently high to justify more broadly-based mandatory registration rules for non-resident vendors selling remotely-delivered services, presumably combined with streamlined registration and compliance rules.

The OECD will continue to study the options, with public input, and has indicated that it will release a report with proposed actions in September 2014. In the meantime, in the 2014 federal Budget, the Canadian Department of Finance requested input from stakeholders on, amongst other things, which of the sales tax issues in the Action Plan should be considered the highest priority actionable items by the Government, and what actions the Government should consider “to ensure the effective collection of sales tax on e-commerce sales to residents of Canada by foreign-based vendors”. – Audrey Diamant – PwC