ITAC Talent’s Business Technology Management (BTM) program is the perfect educational path for people who see themselves as aspiring entrepreneurs, says Rob Carruthers, a partner with Deloitte Canada.
“Sometimes people with an entrepreneurial dream get too focus on one thing and it becomes an encumbrance,” he said. “With BTM grads, they leave school with balance of technology and business skills that allows them to think more broadly and to stay ahead of the competition.” 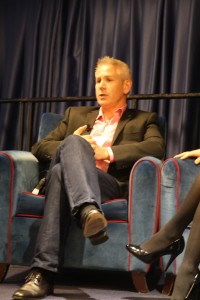 Mr. Carruthers made the remarks during a panel discussion held during the recent ITAC Talent –sponsored National BTM Conference in Halifax. The conference was an opportunity to introduce the BTM program to business school leaders from across Canada who had gathered on the East Coast for their own conference.
The Business Technology Management program is delivered at 17 universities and ITAC Talent is committed to grow that number to 50 within two years.
Mr. Carruthers said a shift has been underway for the past few years that requires workers to bring a broader set of skills to the table. As an example, he said just a few years ago Deloitte’s tech team would have been focused exclusively on computers. Today he estimated at least half have a business background as well.
Many of the 200,000 jobs now at Deloitte will markedly different in as little as five years from now, he said. Innovative businesses need to be creating innovative jobs.
Dr. Darcy Benoit, a BTM professor at Acadia University, agreed one skill set is no longer enough for students to find a place in the workforce. BTM grads have a distinct advantage as they bring a grounding in a variety of skills that are in demand in the workplace.
Employers from aerospace through to digital media and the life sciences are thirsty for younger workers with business and technology skills, said Lynda Arsenault, Director of Outsourcing and Technology Foreign Direct Investment with Nova Scotia Business Inc., the development arm of the Nova Scotia government.
“I see lots of opportunity,” she said during the panel discussion.
In an earlier session, Valerie Fox, executive director of the Digital Media Zone at Ryerson, pitched the importance of start-up businesses as an economic driver, and detailed the accomplishment of the accelerator over the past five years.
“The world is changing and start-ups are changing the world,” she said. She noted the DMZ is building international connections by opening associated operations in India and South Africa. 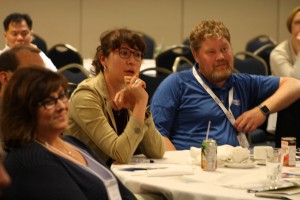 The audience at the National BTM Conference was attentive.

Mark Patterson, executive director of the student-employer matchmaking system Magnet Today, told conference goers that 60,000 students are registered on the system and more than 3,000 employers have used it to find workers. ITAC is a supporter of Magnet Today. Here is the employer registration page.

Also in earlier session Ulrike Bahr-Gedalia, President and CEO of Digital Nova Scotia, spoke about required skills in the digital economy and Saeed El-Daharali, President and CEO of SimplyCast, offered his personal story of running a start-up. He urged entrepreneurs in the room to fight for their dreams.