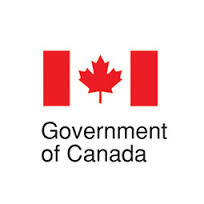 The goal of the CIO Breakfast is to discuss how the IT vendor community can better support government business and cultivate more effective citizen-centred service delivery.

The benefits for ITAC and its member community are extensive.  The CIO Breakfast provides members with a forum to engage with government CIOs and officials.  It also provides an opportunity for vendors to establish contacts with government officials whom they might not otherwise have the opportunity to meet.  By attending, Government CIO’s and officials are exposed to the results of a global survey of CIO’s and examples of where artificial intelligence and cloud applications have been leveraged to deliver public services.

SPEAKERS (in order of program appearance)

As the former Chief Products Officer at Thinking Big, Joeanne understands the front-line business and technical requirements clients need to innovate service delivery. Her team’s work over the past eight years at Veteran Affairs Canada is a notable win that has positively impacted veterans across the country.

Joeanne is very passionate about growing and scaling Canadian small businesses. Before coming to Thinking Big, she was the General Mce President of Development for a market intelligence agency where she doubled the company’s revenues each year for the first three years. Having supported the commercialization of seed investments in bio-technology, advanced material and manufacturing, agri-business and e-technologies at Royal Bank Ventures, Joeanne is also passionate about tapping into the same socio-economic development opportunities in her new role at Thinking Big.

Following  her work at Royal Bank Ventures, Joeanne was an early member of the management team at AOL Canada where she was responsible for business development and international interactive marketing. and then was General Manager in the interactive division for CanWest Media Works managing the national roll out of social networks products for the organization.

When not working, Joeanne enjoys spending time at home with her husband Paul, sons Joe and Luke and their goldendoodle Betty. Whether traveling for her son’s basketball games or enjoying local oysters with a tall glass of wine, Joeanne is most relaxed at her home in Charlottetown PEI.

Throughout Dave’s career at IBM, he has held many consulting services leadership roles with some of IBM’s largest clients, across Canada, in practically all industries. Dave has spent the majority of his career working together with Public Sector clients, leading large transformations at all 3 levels of government in Canada (Federal, Provincial and Municipal). With Dave’s Financial Management background and strong experience with large ERP Implementations (previously the Canadian Leader for IBM’s SAP Consulting Business for Canada), Dave has held practically every role from business consulting, to Project Management, Program Management, Sales Leadership and Practice Leader.

Dave was also the IBM leader in the development and establishment of IBM’s Services Centre: Nova Scotia which opened its doors in 2012. Through this role Dave built the IBM Services Centre in Nova Scotia starting from just a handful of people to over 500 staff today, working across all industries for IBM’s clients in the Canada.

Dave is a graduate of the Richard Ivey School of Business and has completed executive education programs with the Harvard Business School and the Canadian Forces College (DND). 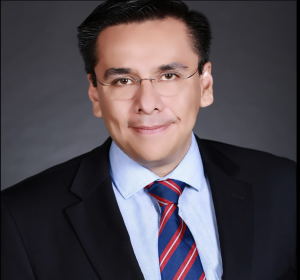 Born in Mexico City, Mexico, Cruz has more than 20 years in the industry.

Microsoft’s global Data and AI solutions strategist for the Government Industry and their verticals worldwide. Position Microsoft as an essential, respected technology & business partner for these organizations with the focus and responsibility for understanding industry technology trends, how they translate to data analytics and Artificial Intelligence, define/develop a solutions-based architecture for Microsoft, evangelism and strategy.

The first years of his career were spent as a developer in the Mexican Stock Exchange. Ortega Cruz first began in the Public Safety, National Security and Defense industry at Hewlett Packard as a Regional Sales Specialist in charge of Intel Servers and Devices in Northern Latin America. During his tenure at HP, Cruz managed the development of sales strategies, marketing “go to market” initiatives, and Partner development in several different verticals such as: Pharma, Retail, Oil and Gas, and Public Sector. At HP he enjoyed informing customers about the benefits of combining the power of the datacenter with personal computing.

Ortega-Cruz has a passion for creating great customer relationships. In 2003, he joined Microsoft Public Safety, National Security and Defense—first as an Account Technical Specialist—where he gained insight into the Microsoft portfolio, and Technical Relationship Management. Ortega-Cruz then became a Solution Specialist for Business Productivity with the sector developing strategies, initiatives and solutions among several federal government agencies and Large and Regional Government (L&RG) organizations.

In this role, Ortega-Cruz has worked with multi-country police and intelligence agencies, ministries of public safety, attorney general’s offices, federal courts, every division of the armed forces, cyber police commands, ministries of the interior, ministries of foreign affairs, federal investigations offices, immigration services, customs agencies, border protection agencies, financial intelligence units, and corrections agencies, among others. Ortega-Cruz has advised and consulted with several high-level officials from ministers, members of The Supreme Court as well as CIOs on virtually every named agency worldwide.

During his time at Microsoft, Ortega-Cruz has participated in several public Forums like IDEX largest Defense event in the globe, Global Prisons and Corrections Council, ESRI National Security Summit, and actively collaborated with health and national security agencies during the H1N1 virus crisis. He has also participated in forums with the U.S. State Department, U.S Department of Justice and U.S. Department of Defense, African Defense Council, and Defense Agencies around the world.

Cruz has a Degree in Engineering, Cybernetics and Computer Science from LaSalle University, and a Master’s Degree in Business Administration with a specialization in Marketing and Strategy awarded by the University of Warwick in the United Kingdom. He has also published articles on Diverse topics from C4ISR, Intelligence, Cloud, Cyber Security, Artificial Intelligence among other topics. 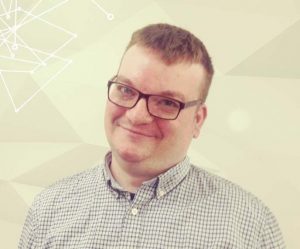 Ron is a founding partner of Thinking Big.  He and his partners started the Charlottetown, Prince Edward Island based company 14 years ago, following a successful sale of a software product into Southern California.  The proceeds bootstrapped the company and enabled them to focus on IT research and development full time and to expand into IT consulting services primarily for government organizations.  The company continues to be wholly owned by Islanders and now employs up to 80 highly skilled IT professionals on the Island.

Ron’s technical depth is a key strength of Thinking Big. He is constantly looking ahead for new trends in the industry, practicing what he preaches by utilizing Thinking Big’s R&D division to explore new tech before implementing it in client solutions. He’s a thoughtful mentor to the team and can help solve unsolvable technical challenges.

Ron has been formally doing Artificial Intelligence research and development for a few years.  And has been excited to work with Veterans Affairs Canada as they start to incorporate AI into their processes.

Mario Meroni is the Managing Director and AVP for the Oracle’s Canadian Public Sector Application Sales Team. Oracle’s customers include Federal, Provincial, Regional and Municipal as well as Health, Higher Education, Crown Corps and public utilities. Public Sector customers have invested in many Oracle products. As a market leader in enterprise software our customer leveraged value from our many products, including Database, Middleware, Identity Management, Enterprise Resource Planning –ERP (eBusiness, Peoplesoft, JD Edwards and Fusion), Customer Relationship Management (Seibel, Fusion), EPM (Hyperion) , Engineered Systems Hardware and SaaS (Cloud) applications. Mario has been in the information and technology business for over 30 years. His career has covered field sales, marketing, general business management and project/program management. In his career he has sold and managed the sale of hardware, software, outsourcing and consulting services. He was in the banking and retail markets in Montreal and then Toronto until 1994.  Since then he is based in Ottawa covering public sector clients in Canada and the United States. He has held senior positions at IBM Canada, LGS Group inc., Sand Technology, CA and since 2006 is at Oracle Canada ULC. He holds a Bachelor of Commerce degree from McGill University, with Honors in Information Systems.

Bob is an accomplished senior executive who has held many high level IT leadership positions, including Director of Logistics IT for the U.S. Army G4, Deputy J6/CIO for U.S. Transportation Command,Deputy CIO at the Department of Energy’s National Renewable Energy Laboratory, and CIO of the National Nuclear Security Administration.

He has led major IT and organizational transformations throughout his career and is a thought leader recognized across the public sector market.

As a user of ServiceNow, Bob led ITIL based Enterprise Service Management standardization within the Department of Energy.  Bob also served as a United States Marine Corps officer for 27 years. 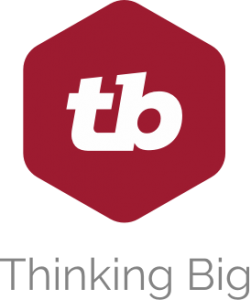 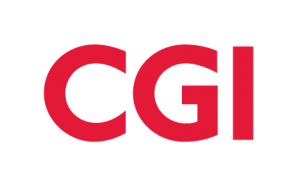