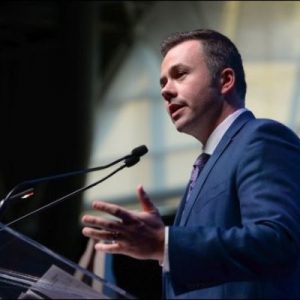 Mr. Alex Benay
CIO of the Government of Canada

On Friday, March 24, 2017, the Secretary of the Treasury Board of Canada announced the appointment of Alex Benay as Chief Information Officer of the Government of Canada, effective April 3, 2017, formerly the President and Chief Executive Officer of the Canada Science and Technology Museums Corporation.

From 2011 to 2014, Alex was Vice-President of Government Affairs and Business Development at OpenText. He has played a leadership role in Canada’s digital industry as well as in promoting the global shift to digital in organizations such as the G20, the Commonwealth Secretariat and the Olympics. Before joining OpenText, he managed various teams and programs at the Canadian International Development Agency, Foreign Affairs and International Trade Canada, Natural Resources Canada, and Library and Archives Canada.

JOIN ITAC and honoured guest Alex Benay as he discusses his forward agenda, plans & priorities for the road ahead, and the opportunity the ICT sector provides to help government innovate, transform and modernize.

Thank you to our sponsors!