CapCHI and Akendi present the 2nd annual IoT613 conference, taking place at the Canadian Museum of Nature on September 29 & 30, 2016.

Imagine a world of self-driving vehicles, voice- or app-controlled devices that do everything from setting the temperature of your shower to making your favourite cup of coffee. Imagine smart cities where systems monitor and regulate traffic, utilities, environmental services, and public transit. Imagine entertainment experiences that take you into the 4th dimension. Sounds far out? Keep reading.

For more details about #IoT613:

The 2016 IoT613 conference will feature a keynote presentation by scientist and TED Fellow, Dr. Andrew Pelling entitled The Internet of Human. It will also present a speaker series featuring Cisco, Curtiss-Wright Defense Solutions, CAVCOE, BlackBerry, and more. There will be two workshop streams: Developing for IoT led by Akendi, Wind River, and IBM; and Business of IoT led by Invest Ottawa, Revision Military, Momentum Law, Welch LLP, and Design 1st. It’s not all business, though, at IoT613. At the Amazon Alexa Networking Social there will be live comedy, DJ, giveaways and more. 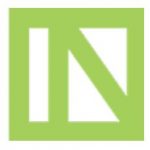