On November 12th, please join ITAC for an Executive Briefing that will feature Bank of Canada’s Chief Operating Officer Mr. Filipe Dinis, who will deliver a keynote address on Cybersecurity. Mr. Dinis will discuss the need to break down barriers to increased collaboration in cybersecurity efforts throughout the Canadian economy, and how the technology sector can work together to enhance Canada’s cyber resilience.

This is an event for both the financial and tech sectors to attend, cyber security impacts both and these two critical sectors must be working together in an integrated method to help ensure the Canadian economy does not suffer. Already all sectors of the Canadian economy are under attack in the cyber space and this will already get worse. Canada has cutting edge cyber technology, government and are large financial actors like banks, should be engaged with are tech players to help foster a team approach.

Mr. Dinis will provide an update to his May 2018 speech in which he stated that it was “no longer enough for each institution to maintain its own alarm system. While doing so provides a certain level of protection and comfort, we need to invest in system-wide defences.”

The Bank of Canada is working with banks to boost the cyber-resilience of the Fintech system as part of a wider effort to improve industry cyber collaboration. This also includes improved public and private sector collaboration, an updated regulatory regime and the importance of information sharing.

We will also feature a panel with senior government and industry leaders discussing cyber cooperation.  Government of Ontario and leading security expert will address Mr. Denis’ comments, especially focusing on the need for all levels of government to work together.

Ray Boisvert, Associate Partner for Ontario, IBM Security. Previously, Ray was appointed as the first Security Advisor for the Province of Ontario 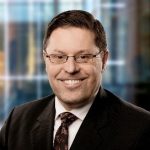 Filipe Dinis is Chief Operating Officer at the Bank of Canada. As COO, he is responsible for overseeing the Bank’s strategic planning, corporate functions and operations including bank note production.

Mr. Dinis has had a distinguished career in public service. Before joining the Bank, Mr. Dinis served in the federal Privy Council Office, where he was Assistant Secretary to the Cabinet and provided strategic advice and analysis to the Clerk of the Privy Council on Business Transformation and Public Service Renewal. He also served as Secretary to the Prime Minister’s Advisory Committee on the Public Service. Prior to that position, he was Chief Financial Officer and Assistant Commissioner at the Canada Revenue Agency. He also currently serves on the Board of Directors of the Children’s Hospital of Eastern Ontario.

Mr. Dinis holds a Bachelor of Commerce from McGill University, and is a Chartered Professional Accountant. Mr. Dinis is also a recipient of the Queen’s Diamond Jubilee Medal. 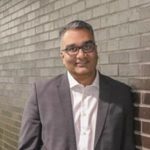 As the CISO, Ministry of the Government and Consumer Services (MGCS), he is responsible for leading the delivery of a comprehensive cyber risk management program to predict, identify and address threats to information security and enable the Ontario government to meet its digital service delivery commitments securely.

In his newest role as ECIO, Mohammad leads the shared services organization responsible for the management and delivery of common information technology infrastructure products and services for the Ontario Public Service (OPS) and agencies. This includes overseeing the products and services for personal computing for all government employees, enabling modern digital infrastructure service, and two business critical data operations centres.

Mohammad joined the Treasury Board Secretariat (TBS) in April 2016 as the Head of Cyber Security, where he focused on increasing cyber security acuity across the OPS and led the response on several significant international cyber issues.

Prior to joining the OPS, Mohammad was the Vice-President of I&IT at the Ontario Clean Water Agency where he led many successful I&IT initiatives.

Mohammad holds a B.Sc. from the University of Toronto and has completed the Executive
Program at Queens University. 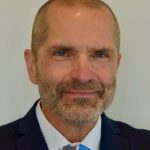 Ray is the Associate Partner for Ontario within IBM Security. Given his deep background in national security, as well as consulting within the realm of threats to corporate assets and initiatives, Ray is focused on assisting IBM clients to better identify and mitigate security risks in an integrated, strategic manner.

Previously, Ray was appointed as the first Security Advisor for the Province of Ontario. While reporting to the Secretary of Cabinet, Ray supported efforts to protect provincial assets from events that could adversely affect services, networks and facilities that are critical to Ontario’s economy, public safety and security.

Just prior, and during a five-year tenure as President of I-Sec Integrated Strategies, Ray delivered business intelligence solutions affecting core challenges such as cyber and insider threats, while guiding resilience building and opportunity pursuits with an emphasis exploiting geo-strategic foresight. He also consulted on global business strategies such as M+A opportunities with potential National Security risks.

At the outset of his career, and after five years in federal policing with the RCMP, Ray joined the Canadian Security Intelligence Service (CSIS) in 1984 and retired in 2012 as the Assistant Director responsible for the Intelligence Directorate. During his tenure at CSIS, Ray was involved in broad facets of security intelligence operations such as leadership for Intelligence Assessments, the Counter Terrorism Branch, as well as driving national security priorities pertaining to Operational Risk, Data Exploitation and Covert Operations. 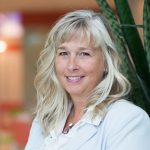 Michèle is the Director General of Partnerships and Risk Mitigation at the Canadian Centre for Cyber Security. The Partnerships and Risk Mitigation directorate is responsible for providing IT security advice, guidance and services to Canadian critical infrastructure organizations and for advancing collaborative relationships with private industry to strengthen cyber security practices in Canada.

Thank you to our Host Sponsor