Export Markets are Key to Your ICT Growth

Too many Canadian companies fail to look beyond the border 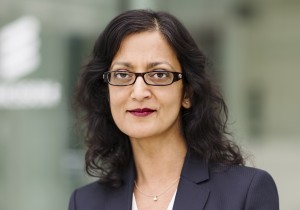 Rima Qureshi is ideally suited to assess Canada’s competitiveness on the worldwide stage. The Chief Strategy Officer for Ericsson is a Canadian who lives in Toronto, spends half her time in Sweden and is responsible for the strategic direction of one of the world’s biggest ICT companies. In this issue of The Branham Report, she told us “Sweden is a very small country and it does not have a big home market, so it had to become multinational very early. It is that aspect that maybe Canada can learn from; we have a limited population and we have to compete in the U.S. and China and other places.”

She is entirely correct. Export markets are critical to the success of Canadian ICT companies. The business opportunity is simply too small in this country to achieve critical mass in what is now a global market.

This is clear from looking at Canada’s success stories. In their heyday, Cognos and Corel generated more than 90% of their revenues outside of Canada. Today, other big companies follow the same model; CGI in 2013 generated less than 20% of its revenue in Canada, and at CAE that number was only 10%.

But taken together, Canada’s leading ICT companies are not being aggressive enough in global markets. Our Branham300 data for 2013 shows that Canada’s Top 250 ICT companies generated a full 55% of their revenues within Canada, and this number has stayed almost constant for years. Markets outside of North America accounted for only 15% of revenue.

To be fair, many of Canada’s biggest companies—the telecoms—naturally do almost all their business within our borders, and this throws the numbers off a little. But often these companies have business units that can target foreign markets, such as Telus Health.

The healthcare industry is a perfect example of Canadian ICT passivity. Vendors assume healthcare is not sufficiently homogeneous globally, and so stay in their geographic comfort zone. But while the funding mechanisms may be different—predominantly public in Canada, predominantly private in the U.S., for example—the business of healthcare delivery is, for the most part, similar. Simply put, Canadian companies who strive only to become a big success in Canada are ignoring the example of firms like Cognos or OpenText, both rewarded for pushing out into the larger world.

And it’s not just big companies we can look to. SKILLSdox, profiled in this issue, is a digital education delivery platform company of fewer than 20 people founded in 2013—and it is about to reap huge revenue in its target country of India. CEO Brad Loiselle wanted a mass-market business opportunity, and India’s population of 1.2 billion certainly qualifies. We think SKILLSdox is one of Canada’s hottest ICT prospects, yet Canada’s Top 250 ICT companies generated only 3.84% of their revenue in the Asia Pacific region in 2013.

Here is the message to Canadian ICT companies: you must export sooner than you think. Fail to do so and you’ll fail to generate exponential growth

This article appeared in the Branham Report: Issue 3 December 2014