Posted on November 16 2017 by Christine Leonard 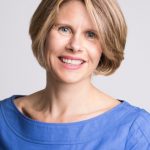 On Nov. 1, #movethedial, PwC Canada and MaRS released a highly comprehensive report on the gender gap in the Canadian technology and innovation sector. Where’s the Dial Now? revealed that only 5 per cent of Canadian tech company CEOs are women, and only 8 per cent of their board seats are held by female directors. Perhaps even more shocking is that more than half (53 per cent) of Canadian tech companies have no female executives and 73 per cent have no female board directors.

In Canada, women represent 47 per cent of the work force, earn more than 60 per cent of university degrees and control or influence more than 75 per cent of all purchasing decisions, so I have to ask: These technologies that Canadian tech companies are developing, who are they for?

One year ago, I left my role as a partner with Spencer Stuart, the executive search firm, to join Catalyst Canada, a non-profit that aims to help women advance in the workplace. This move, from the talent-advisory sector to the world of research and advocacy, was driven by my deep desire to help unlock Canada’s most valuable and as yet still undervalued talent pool: women.

It was only in the last seven or eight of my 21 years in executive search that women in leadership became a genuine priority for Canadian companies and I believed the time had finally come for women to share fully in the influential roles that are shaping this country’s future. Yet some hesitation came with this new-found gender priority. Many boards and chief executives said: “We’d like to get a woman for this role, but we don’t want to compromise on quality.” Eight years on, some sectors have overcome this hesitation and reaped the benefits of gender diversity. Unfortunately for the tech sector, gender disparity not only still exists, but remains pronounced. And this is true of both the tech companies and those who invest in their growth and development (only 12 per cent of Canadian venture-capital firm partners are women).