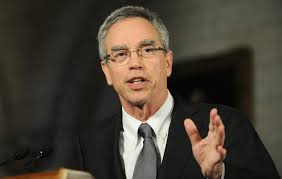 As promised, the Government of Canada has delivered a balanced budget for 2015-16 with a surplus of $1.4 billion in the current view.  With this much room to manoeuvre, and in advance of 2015 General Election, the budget Minister Oliver tabled contains initiatives for virtually all sectors of the economy.

Small and medium sized business are the major beneficiaries of the Government’s investments with measures such as:

The importance of trade featured prominently elsewhere in the Economic Action Plan.  In its 2015 Pre-budget submission ITAC called upon the Government to increase its funding in programs supporting trade, specifically DFATD’s Trade Commissioners Service.  The Budget allocates an additional $42 million over five years, and $9 million more in the years following to increase the impact of TCS.

“Global markets are vitally important to ensure that smaller ICT companies can scale to a sustainable size”, Karna Gupta, President and CEO of ITAC said.  “We need programs like TCS and the additional funding is welcome news.”

Industrial sectors from mining to aerospace all winner in the Budget.  The most notable was the 10 year extension of the accelerated capital cost allowance for advanced manufacturing technology.  The Action Plan also contains about $205 million in investments in digital infrastructure primarily focused on $105 million to re-fund CANARIE and $100 million for Canada Innovation Foundation to dedicate to digital research infrastructure.

The Economic Action Plan also proposes to provide $36 million over five years for measures to protect vital cyber systems and $3 million over two years starting in 2016 to begin the establishment of a Public Safety Broadband Network dedicated to emergency management. The Economic ActionPlan also contains a provision for providing $58 million over five years, starting in 2015–16, to further protect the Government of Canada’s essential cyber systems and critical infrastructure against cyber attacks.

Beyond these measures, however, the Budget contains relatively few references to the digital economy and this is of particular concern to the ICT industry which is responsible for about one million Canadian jobs and is the largest R&D performer in the economy.

ITAC’s pre-budget submission also stressed the need for a strong digitally literate talent pool in Canada.  The Budget contains a provision for a one-time $65 million investment to support industry associations to work with post-secondary institutions to better align curricula to meet the needs of employers.  ITAC’s Business Technology Management (BTM)  does just that.

The Government Modernization section of the Budget was notably brief this year.  It contained a reference to a planned legislative amendment to provide the Minister Responsible for Shared Services Canada with the power to standardize and consolidate the procurement of end-user devices.  This section also contained a reference to the procurement integrity framework stating “It will ensure that all suppliers are given due process and a whole of government perspective, which supports transparent competition and an ethical Canadian marketplace.  It will also foster ethical business practices, ensure due process and uphold public trust.”