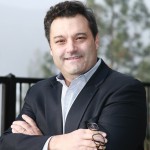 One of the hottest topics in healthcare for the past several years has been ‘mHealth,’ or ‘mobile technology in healthcare.’ Given the proliferation of ‘mobile devices’ in our daily lives, I certainly see how this became an interesting topic to consider. But the buzz about “mHealth” has created an entire category of industry in healthcare that I contend is misguided, and actually clouding efforts to make healthcare better.

First, if ‘mobility in healthcare’ is new, what was old? We never heard about ‘anchored’ healthcare,’ or ‘tethered healthcare.’ Was the first laptop, or COW (computer on wheels) (mid-1970s) in a hospital not mobile? Wasn’t the pager – initially invented by Bell Labs in 1962 – used by doctors & nurses ‘mHealth?’ And we take great national pride in RIM having evolved the pager into actual bi-directional text messaging with the Blackberry in the mid-1980s. The Blackberry was widely used in healthcare over 20 years ago. We also had car phones and then mobile phones in the same time period. So the ‘m’ in healthcare isn’t really new.

My second point is that the other thing that has changed is the move beyond the corporation to the ‘every person.’ No longer do only doctors and drug-dealers carry pagers, but everyone is now accessible, all the time, via their cell or smartphones.

So what’s changed? I’m not being obtuse, I’m simply suggesting the ‘m’ is not what’s new. It’s actually the richness of the dataand to whom it’s available; what types and completeness of data, the ability to more easily interact with the data, and the ability to act on the data in terms of responding to it, forwarding it, etc. that’s changed.

Where we might have previously simply alerted a doctor that a lab result was dangerously out of range via a pager, now he can actually see the result (and related information) on his smartphone. And he can immediately prescribe a medication at a push of a button in the software on that same smartphone. And that prescription can be delivered to the patient on her smartphone, and she can acknowledge she’s received it, filled it, and taken it.

This is not about ‘mobility.’ This is about more complete information shared across the continuum of a true eco-system including the patient and others all supporting that patient.

We keep reading analyst reports regarding ‘mHealth’ and how the ‘industry’ is poised for explosive growth. But I don’t see it. I see it as a ‘false industry.’ Isn’t the smartphone or tablet the doctor now buys being purchased in lieu of the laptop he would have bought 10 years ago? This isn’t a new industry. It’s the evolution of a device in an existing industry. All that’s happened is the technology of an existing industry has gotten smaller, cheaper, and gone wireless. So which industry has been impacted? Take your pick; telecommunications, computers, etc. But it’s not a ‘new’ industry.

So what’s my point? It’s simply this; the focus shouldn’t be on the devices as being new, but how we have changed processes based on this more complete, rich data set? To a great extent, we haven’t changed much. My example of the MD issuing a Rx to the patient can’t happen in Canada not because of technology, but because of policy and the way the doctor is compensated. Yet we’re focused on the ‘M,’ and not the ‘P’. The real promise of the proliferation of these devices and their ability to connect us, and the ensuing expansion of data, is how we change the Process – the ‘P’ – of delivering care to be more effective.

Do you have a blog you’d like to share with the ICT community? Send us 400-600 words with your contact coordinates and a photo and we’ll share it with out membership. Send it to sproctor@itac.ca