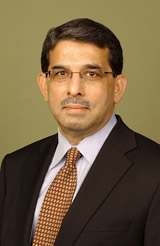 Facing a hostile takeover is not an uncommon experience for Canadian technology executives.

In fact, ITAC has argues that the attractiveness of Canadian firms as acquisition targets combined with Canada’s regulatory regime regarding takeovers has contributed to the high number of tech firms acquired (primarily by foreign investors) over the past decade. The Branham Group recorded 164 acquisitions of Canadian ICT firms between 2004 and 2012.

If you have ever, as a director or a member of the management team of a publicly traded company targeted for acquisition, faced a hostile takeover bid, you will be aware that current securities regulations make it difficult for you to just say no even if the bid is not good for your company.

Current regulations in Ontario in Ontario, for example, give you at most 50 days to analyse the bid, formulate a response and communicate with shareholders.

More than one tech executive has observed that current regulations tilt the outcome in favour of the acquirer and make the sale a foregone conclusion.

Acquisitions are not necessarily bad news stories. They can produce excellent outcomes – providing global reach to Canadian technology and accelerating the innovation cycle through richer R&D investment for example. So while ITAC recognizes these benefits, the association has raised concerns about the lack of control and decision making ability the current regulations provide to technology executives and board – in some cases the very people who have built the firm – at a hugely critical juncture in the firms evolution.

We brought our concerns to various stakeholders in the federal and provincial governments and in the securities industry in 2012. In 2013, we welcomed the Canadian Securities Administrators decision to examine the whole matter of stakeholders rights and defensive tactics and provided our input to that consultation.

The CSA announced on September 11, 2014 that they are proposing several amendments to the regulations affecting takeover bids. They include a provision to keep takeover bids open for 120 days. I believe these measures are good for the technology sector public companies. They provide more time for target companies to fully assess the benefits of the bid and mount an effective defense if they are not apparent.

By giving Canadian firms defense mechanisms that are more consistent with other jurisdictions, we can help to ensure that Canadian firms can exercise more control over if, when and who to engage in an acquisition.

I am grateful to the executives who assisted us with this advocacy – Adam Chowaniec, Harry Zarek, Sally Daub, Gary Solway, Karen Atkinson and Tom Astle.