Randstad CIO Speaks with the Media on Leadership, Ingenious Awards 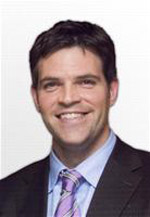 The best leaders are the ones that are great people first.
That was one of the messages Andrew Dillane of Randstad Canada Group shared with Brian Jackson of ITbusiness.ca in a recent interview that covered topics from executive leadership to ITAC’s upcoming Ingenious Awards.
Dillane,  believes leadership in the boardroom is key to setting the tone across an entire organization.
Both pleased and challenged in the role of CIO, he shares his passion by taking on extra-curricular tasks. He has served as the chair of the CIO Association and sits on this year’s panel of judges for the Ingenious Awards.
“The leadership style that gets things done, and does innovative things, ends up translating into people who win the awards.”
Watch the interview
Learn more about the Ingenious Awards
The Ingenious Awards Gala Dinner will be held Nov. 12 at the Four Seasons Hotel, Yorkville, Toronto