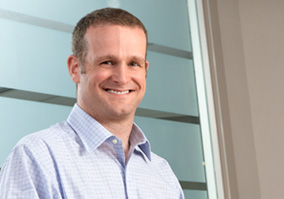 Technology innovators know that success depends on getting a quality product to market quickly and efficiently. Revenue is key, and you don’t generate revenue without a product. In today’s world, technological innovation moves so fast that it makes sense to keep your head down and focused on the end goal. This kind of “Goal driven management” has very practical consequences, as development teams need to stick closely to product development schedules, or risk being beaten by the competition.
It is therefore natural to push aside ancillary initiatives of lesser importance during the development cycle. Patenting and SRED filings are two examples of ancillary initiatives; however, completely ignoring these initiatives can lead to giving away the underlying value of all of that product development work.
By way of background, patents are legal documents that can provide a twenty year monopoly for noteworthy technological innovations in exchange for a full and frank public disclosure of how to build and practice the innovation. In contrast, the Scientific Research and Experimental Development (SRED) program is a Canadian federal tax incentive program that is “designed to encourage Canadian businesses of all sizes and in all sectors to conduct research and development (R&D) in Canada.”
From a business perspective, a patent has the potential to protect the “long view” by providing a barrier to entry for other competitors who may rip off, or later develop, the same innovation. On the other hand, the SRED program may be considered more of a “short view” endeavour, quickly improving cashflow on an annual basis.
Both patents and SRED filings can be very complicated and time consuming to do properly and generally require professional advisors. So once again, one can understand the desire to avoid the distractions and uncertainty of engaging in these programs in favour of focusing on product development. A “lean” startup faces this dilemma even more than a well-funded SME or large enterprise.
However, flat-out ignoring patents and SRED can result in leaving A LOT of value on the table. Whatever one may think of patents, it is a fact that they can provide enormous value to a technology company if they are done correctly. By the same token, a successful SRED claim can lead to a significant short term financial boost for cash conscious companies.
The trick, of course, is to efficiently resource patent and SRED initiatives while keeping product development on track. Here are a few tips that can help you do that:

1. Innovative professional service firms in the Patent and SRED space are increasingly structuring their services to be startup friendly, offering services that require minimal and predictable upfront investment from the company. Connect with the right ones and they will know how to get patent and SRED applications going without the traditional (i.e. scary) endless billable hour model.
2. The subject matter and criteria for getting a patent and qualifying for SRED incentives are much closer in substance than many people realize. One individual within a company can be trained to manage both programs. Toronto based tech startup advisor Bohdan Zabawksyj (@bzaba) is a master at this, having prepared many patent applications and SRED applications for many different organizations. Bohdan points out that the tests for each are rather similar, even if worded differently. For an SRED claim it is generally necessary to show an advancement of technology, technological uncertainty, and activity undertaken pursuant with the scientific method, whereas the the tests for patentability are the presence of novelty, usefulness, non-obviousness, and statutory subject-matter.
3. A provisional patent application costs almost nothing to file, and has none of the scary formalities of a formal patent application, meaning almost anyone with some technical understanding and basic writing skills can craft one. That means that it may be possible to tweak the contents of an SRED application into a provisional patent application with minimal effort, or vice-versa. A challenge here is that the timing for such efforts are different, in that SRED claims are typically filed at the same time each year as part of tax filings, whereas patents must, with some tricky exceptions, be filed before public disclosure, so you need to plan carefully.
These tips can help you take advantage of patents and SRED credits to unlock the value in your innovation straight away. In the future, there may be additional federal programs that promote Canadian innovation further. One such idea is for Canada to adopt a “patent box” in its tax code that would lower tax rates applied to income derived from innovation. Recent reports suggest the U.S. might be considering just such an idea of its own.
I have often wondered why the Canadian Government does not more directly link the SRED program with incentivizing patent filings. When a Canadian company gets an SRED credit but does not protect its invention through patent, it is essentially giving away its technology while the Canadian tax payer is effectively subsidizing foreign innovation. But that is for a separate article.

Andrew Currier is the co-founder of PCK  a combined firm of patent and trademark agents and lawyers. Andrew is the co-author of Canadian Patent Law” the leading legal text on patent law in Canada.